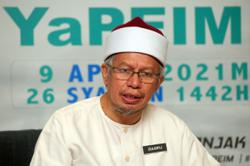 PETALING JAYA: Dr Zulkifli Mohamad Al-Bakri says Chinese New Year is a time for him to be with his Chinese neighbours even though "Uncle Choong is longer around".

The Minister in the Prime Minister's Department (Religious Affairs) said visiting his Chinese neighbours just before the reunion dinner with goodies is a tradition he has always practised.

In a Facebook post on the eve of Chinese New Year, Zulkifli said that the festival brings back memories of his late good friend and neighbour Uncle Choong.

"Every Chinese New Year reminds me of Uncle Choong who is close to my heart. It has been more than a year since he died. I used to take him to eat roti canai whenever I had the time.

"Once, he excitedly called me to tell me 'I saw your face on the TV with the King'! There were also times when he waited in front of my house with presents.

"Even though he has passed away, traditions will continue. I presented a red velvet cake for Uncle Choong's family for the big dinner tonight - it was obvious they were very happy.

"I have also never forgotten my Chinese neighbour in front of my house. The other day he gifted me with a comb of bananas from Banting. It was tasty when we later ate fried bananas together.

"Many ask what is the recipe for living harmoniously among different cultures, races and religions. To me, it is simple - follow the example of the Prophet Muhammad.

"May Malaysia continue to be peaceful, centred around Rukun Negara," said Zulkifli. 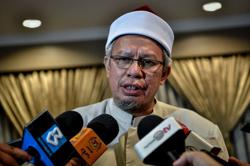