Safeguarding seniors from the flu 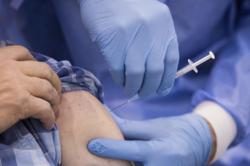 PETALING JAYA: While the nation is fixated on the nationwide Covid-19 vaccination programme, medical experts want to highlight that not enough people are being vaccinated against influenza.

Recent data showed that the uptake of influenza vaccines in

Malaysia remained exceptionally low, with a rate of only 7.48 doses per 1,000 people, said the Malaysian Influenza Working Group (MIWG), a special interest group under the Malaysian Society of Infectious Diseases and Chemotherapy.In a recent statement, MIWG said the focus on Covid-19 should not overshadow the fact that for decades, many older Malaysians have been stricken and killed by a more common, persistent and equally deadly infectious disease – the flu.

The World Health Organisation (WHO) estimates that the flu claims 290,000 to 650,000 lives annually, with about 90% of the deaths occurring among senior citizens.

According to the Health Ministry, while there may be seasonal outbreaks of the flu in temperate countries, especially during colder months, there was no distinct flu season in the tropics which includes Malaysia, meaning that flu viruses are in constant circulation here.

MIWG chairman Prof Zamberi Sekawi said those aged 65 and above were more susceptible to the flu and its effects.

“Their immune system becomes less able to activate the immune cells needed to clear the influenza virus from the lungs, ” said Dr Zamberi, who specialises in clinical microbiology at Universiti Putra Malaysia.

He said that as people got older, age-related changes occured in the connective tissues of the lungs and the structure of the thoracic cage, which protects the heart and lungs.

“All these factors diminish an elderly person’s ability to fight off serious respiratory illnesses, ” he said.

MIWG is a partner of the Asia-Pacific Alliance for the Control of Influenza (Apaci) and the Malaysian Society of Geriatric Medicine.

Apaci (www.apaci.asia), which consists of leading international experts in the field of influenza within Asia-Pacific, aims to reduce the burden of influenza in the region by enhancing control measures and boosting pandemic preparedness through education and activities, including the promotion of vaccination.

“Such clear benefits have led many countries to provide free or subsidised flu vaccination to senior citizens under their respective national immunisation programmes, ” it said, adding that these countries included the United States, Canada, United Kingdom, Australia, New Zealand, Taiwan and Japan.In Malaysia, flu vaccination for the elderly is supported, among others, by the Academy of Family Physicians of Malaysia, Academy of Medicine Malaysia, Association for Residential Aged Care Operators of Malaysia (AgeCope), College of Physicians-AMM, Malaysia Healthy Ageing Society and Malaysian Health Coalition.Dr Tan Maw Pin, professor in geriatric medicine at Universiti Malaya, said a senior citizen was more prone to developing and dying from acute respiratory distress syndrome as well as a myriad of flu-related complications such as pneumonia (the most common).

She said a Malaysian study published in the journal Influenza and Other Respiratory Viruses last year, which involved over 4,000 Malaysians attending a family medicine clinic, found that nearly 10% of those aged 65 and above died within a year of contracting the flu, compared to none for those aged below 65.

“The risk of hospitalisation and death following a bout of flu was 10 times higher in those aged 65 and above compared to those below 25 years of age, and three times higher than those aged 25 to 65, ” said Dr Tan, who is also the honorary secretary of the Malaysian Society of Geriatric Medicine and the College of Physicians of Malaysia.

According to MIWG, Covid-19 illustrated the perils of living in a world without vaccines.

“It is our belief that everyone has a role to play in protecting older people from the flu. As such, we urge all healthcare professionals to actively advise their older clients to get vaccinated and reassure them of its safety and effectiveness.

“Senior citizens should be persuaded to embrace flu vaccination as an important preventive health measure because many also have non-communicable diseases such as diabetes and chronic kidney disease that can be exacerbated by the flu, ” said MIWG.

As of Jan 1, the government has granted tax exemptions for the cost of certain vaccinations, including for the flu. 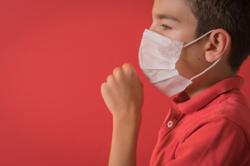