Covid-19: Sarawak to step up checks at longhouses as cases rise

KUCHING: Sarawak will step up the enforcement of movement restrictions at longhouses and districts which have been locked down in order to contain the current surge of Covid-19 cases.

This comes as the state reported 270 new cases on Thursday (Feb 4), a new daily high which brings its tally to 5,094 cases.

Deputy Chief Minister Datuk Amar Douglas Uggah Embas said it was cause for concern that many cases were now occurring in longhouses which were previously green zones.

For example, he said one longhouse recorded 74 cases while another had 15 cases.

"We are looking at weaknesses in enforcing lockdowns in longhouses. Sometimes only three or four enforcement personnel are looking after one longhouse and we feel that is not enough.

"In some places there seems to be 'jalan tikus' (hidden passageways) through which people can go out. That is also a problem.

"There still seems to be unnecessary movement and gatherings as well," Uggah said at the state disaster management committee's briefing here on Thursday.

He said the committee would discuss more effective enforcement measures to address the situation at its meeting on Friday (Feb 5).

"We will reorganise the enforcement machinery at grassroots level to be tighter.

"We will also ask the police to be stricter in issuing travel permits," he said.

Other districts which reported new cases were Julau (six), Kanowit and Lundu (five each), Bau and Kapit (four each), Dalat and Meradong (three each), Kuching, Sarikei, Song and Tatau (two each) and Sebauh and Lawas (one each).

Uggah also said there were two new deaths in Sibu on Thursday, taking the state's fatalities to 44.

There are still 1,762 active cases receiving treatment in hospitals and quarantine and low-risk treatment centres. 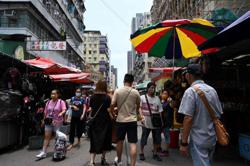 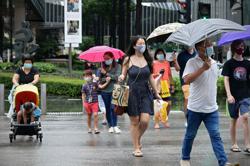