Over 30,000 families under the poverty line in KL 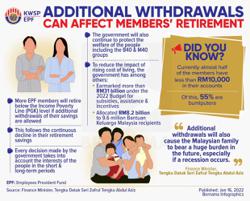 PETALING JAYA: Over 30,000 families out of the 1.8 million population in the capital are estimated to have an income of below RM2,200, which is below the poverty line, and they need appropriate assistance, says Federal Territories Minister Tan Sri Annuar Musa (pic).

“In the city, this group cannot meet basic needs such as food, clothes and shelter.

“(So) we feel that they need to be assisted with various facilities and aid, and there must be special planning so that this group is not left behind, ” he told reporters after announcing the list of 335 recipients of awards, honours and medals in conjunction with the Federal Territory Day celebration yesterday.

“We believe there is some overlap, but our estimation is based on household heads in 63,000 units of PPR around the capital, with half of them under the poverty line, ” he said.

Annuar also said the ministry would distribute over 5,000 bags of rice per week to the needy under the MyBeras@Wilayah programme compared to 3,000 bags previously, due to the overwhelming response from contributors.

“We are still open for donations and in fact, I personally contacted my friends from private entities to participate in this programme.

“The public can also donate at least RM10 via the MyInfaq portal, ” he said.

He added that the rice distribution would be carried out systematically to target groups in each zone so that there would be no violation of standard operating procedures during the implementation under the movement control order.

The MyBeras@Wilayah programme is a sub-programme of MyFood@Wilayah, organised specifically for the urban poor or those who had lost their income during the MCO, which was launched virtually by Prime Minister Tan Sri Muhyiddin Yassin in his Federal Territory Day 2021 message. — Bernama 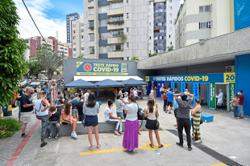