Tour manager gets a taste of food business

IPOH: Listen to your mother, as they say.

In the case of tour manager David Khoo (pic), he paid attention to his mother-in-law as well. Since the tourism industry is on hold globally due to the Covid-19 pandemic, he has opted to sell homemade yong taufu which his mother-in-law taught him to make.

“I have been selling the yong taufu for four months now, ” said Khoo, 41.

His “classes” started in May last year when he picked up the skill from his mother-in-law, who is a housewife.

Besides yong taufu, Khoo has also been selling other types of food over the past few months to supplement his income.

“I deliver the food to my customers, who are mostly my friends and those who have followed my tours, at designated locations, ” he said.

“They understand the current situation with the tourism industry very well, so I am thankful to them for supporting me.

“With the Chinese New Year celebrations nearing, I have also packaged the yong taufu to be sold as gifts, ” he added.

“But since vegetables are pricier now, I’m now solely focusing on selling the yong taufu, ” he said.

“Coincidentally, it was in season back then. I would drive to Kamunting to get the fruits from farmers in Lenggong and repackage them to be sold.

“After the season ended, I sold Korean snacks for a short while.”

Khoo said with the pandemic not expected to end any time soon, he would continue with his side business for now.

“Most of my peers in the industry are also doing their own businesses for now. We just have to take this as part of life’s lesson for self-improvement, ” he added. 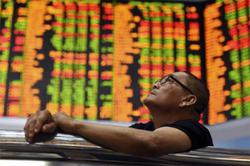