A FOOD delivery rider received much praise after he stopped to inform a family about a snake that had slithered into their compound in Miri, Sarawak.

Mohd Zamrul Faris was riding in Taman Tunku when he spotted the 1.5m cobra at about 8.30pm on Monday, Sinar Harian reported.

Mohammad Jumardi Gati, 40, said he was at work when Mohd Zamrul pressed the doorbell and honked repeatedly to alert his wife and their three kids.

“Im thankful he stopped to alert my wife. Otherwise, I don’t know what could have happened to my family, ” said Mohammad Jumardi, an auxiliary policeman.

After his wife informed him about the snake, he sent his brother over to check.

“Zamrul waited and kept an eye on the snake until my brother arrived and found the snake behind the water pipe next to the gate.

“I’m truly thankful because my kids are young and they like to play outside the house.

“Only God can repay him for what he has done, ” Jumardi wrote in a Facebook post, which earned plenty of likes and praise for Mohd Zamrul’s good deed.

The 25-year-old from Taman Desa Dahlia was aided by her elder brother and cousin.

“I got the idea from my aunt who first did it in Ampang during the movement control order last year.

“After collecting some money from family and friends, we paid several small home-based operators to prepare the meals, ” she said, adding that they had so far given out 200 packets of fried mee hoon and mixed rice.

Next, she will be heading to Dataran Centrio in Seremban 2 to bring cheer to more riders.

Nur Azraliyana said she would continue the effort until the funds run out.

> The daily also reported that a disabled man who became jobless last year had begun helping residents take out their trash for RM1.

“I often visit my elder sister nearby and help my brother-in-law take out the trash. He suggested that I offer the service since I’d lost my job during the MCO last year.

“I did not expect the response to be so good. Some residents gave me more than RM1, ” he said. 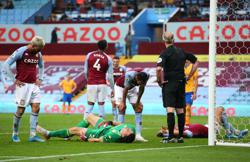