PETALING JAYA: The government has to, among others, strengthen the people's confidence in the Covid-19 vaccine and to prioritise the most vulnerable population as it prepares to roll out the vaccine in a month's time, says the Malaysian Health Coalition.

Currently, it said it has yet to see a coordinated, government-led effort to boost vaccine confidence among the people, while anti-vaccine narratives, conspiracy theories and false information were running rampant on social media and in chat groups.

"The government must engage with all levels of society to increase public education on vaccines and combat misinformation. We also urge non-government stakeholders such as the media, academics, businesses, religious authorities and civil society organisations to do their part in ensuring that only evidence-based information on vaccines is published and shared," it said in a statement on Thursday (Jan 28).

It added that care home residents must be given the priority in the vaccination delivery schedule, as they were regarded as the most vulnerable in the population. It estimated that there were 30,000 older adults living in care homes, supported by approximately 8,000 carers.

"This is a reasonably small number of vaccine doses and should be high on the priority list. Care home workers, who are very much frontliners too, must be prioritised alongside residents," it said, adding that those who are significantly disabled, migrant workers and refugees should also be given priority.

It also urged the government to develop infrastructure for long-term vaccine capability in the country. This includes the end-to-end development from world-class scientific research to manufacturing and international distribution.

"These are ambitious but achievable goals as Malaysia is already equipped with high-calibre human and technological resources. This will reduce Malaysia’s reliance on foreign manufacturers. Moreover, a domestic vaccine and pharmaceutical infrastructure will have far-reaching, positive ripple effects on our economy and global standing," it said.

It added that they were also ready to contribute to the details and implementation of the National Vaccination Plan.

"The vaccine is not a silver bullet that will rid us of the pandemic. Therefore, we must remember that preventive measures will and must remain in place for many months to come. However, we must use our most important vaccination program in history to protect the vulnerable, address inequity and build future self-reliance in our health system," the coalition said. 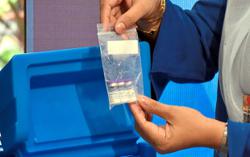