Kuala Muda district police chief ACP Adzli Abu Shah said the incident happened at 6.30am when the 43-year-old was riding his motorcycle on his way to work at the Sultan Abdul Halim Hospital (HSAH) in Sungai Petani.

"The victim was heading towards Sungai Petani from Felda Teloi Kanan, Kuala Ketil when he hit the road divider.

"The victim could not brake in time and suffered severe injuries to his leg and is currently being treated at HSAH," he said in a statement.

It is understood that the road divider was installed to close the route separating the border between Baling and Kuala Muda following the implementation of the movement control order which started in Kedah on Friday (Jan 22).

Meanwhile, Adzli said following the incident, police visited the scene of the accident and found that there was an "Awas" (danger) sign from the direction of Baling as well as a "Jalan Ditutup" (road closed) sign about one kilometre before the divider.

"There were another five caution signs along the road before reaching the head of the closed bridge but lighting at the accident site was poor. Further investigation is still underway," he said.

News of the accident went viral on social media with many expressing their concern.

Meanwhile, Mohd Ghazali Nayan, 45, a resident who was at the scene, called for street lights to be installed in the area to prevent further accidents.

"We are not against the authorities closing the route due to the MCO, but there are no emergency lights and it could lead to more accidents," he added. – Bernama 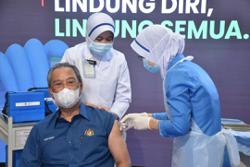 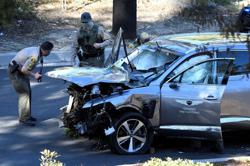