PETALING JAYA: The Datuk seen in the widely shared videos assaulting a man and a woman at a hotpot restaurant here will be charged on Thursday (Jan 21), police say.

"He will be charged under Sections 323 (voluntarily causing hurt), 427 (causing mischief) and 290 (public nuisance) of the Penal Code," said Petaling Jaya OCPD Asst Comm Nik Ezanee Mohd Faisal in a text message to the media on Wednesday (Jan 20).

As for the Datuk's friend who was with him during the incident, he will be charged under Sections 323 and 290 of the Penal Code as well, said ACP Nik Ezanee.

Both will be charged at the Petaling Jaya courthouse.

The assault, which took place at Tropicana Avenue recently, was a hot topic among Malaysians as it not only involved a titled person but one of the alleged victims is another Datuk’s son.

Perak Chinese Assembly Hall deputy president Datuk Kwan Foh Kwai had confirmed that his son was slapped during the incident.

In two videos that have gone viral, two victims, including Kwan’s son, were slapped.

The initial police report stated that the other person who was slapped was a waitress but Chinese vernacular newspapers reported that she is the victim’s girlfriend.

The heated argument is believed to have started after the victims complained about the noise the suspects were allegedly making at the restaurant.

On Monday, the first suspect, identifying himself as Datuk Tan, apologised in a video message, saying that both he and his friend, whom he referred to as Ang Lee, had been drunk at the time.

Tan also appealed to the public to accept their apology and not to involve their families in the episode after they had surrendered themselves to the police.

Both Tan and the friend were released on police bail on Saturday after their two-day remand expired. 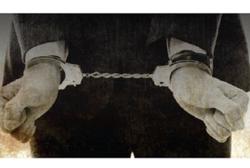 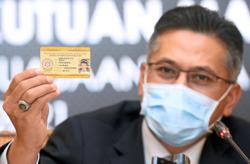