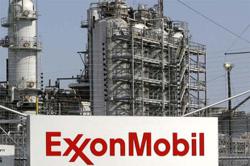 She said since Jan 9, her officers had conducted checks at 295 premises in the state and found that the 1kg packet, which costs RM2.50 each, was available at most places.

"Some business outlets may have run out of supply but have placed orders.

"Their supplies will be replenished soon," she said, adding that some outlets may have run into a supply glitch following the announcement of the movement control order here and in Port Dickson.

She said although her department did not receive complaints from consumers on price hikes for bottled cooking oil, checks showed some brands had raised prices.

Checks showed that five brands had increased the price for 1kg bottled cooking oil between 10 sen and RM1.

"We view this seriously and will report our findings to our headquarters for further action," she said.

Ain Arjuna said checks with 151 selected retailers showed there was a supply of 195,543kg of cooking oil in the state, which was sufficient for consumers.

She said her officers would continue to monitor the situation to ensure there was no disruption in cooking oil supply and prices remained stable.