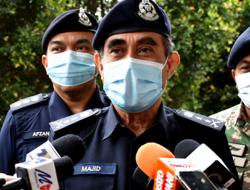 MELAKA: Melaka's top cop Deputy Comm Datuk Abdul Majid Mohd Ali will still be working from his office after 83 of his personnel from the same workplace underwent Covid-19 tests.

The tests were conducted after a female officer, with the rank of Sub-Inspector and a female clerk from the Melaka police contingent headquarters at Bukit Beruang tested positive last week.

"I will be coming into office as normal to oversee operations," he said when interviewed here on Monday (Jan 18).

DCP Majid said the 53-year-old Sub-Inspector had contracted the virus from her son's friend while the 30-year-old clerk from the Logistics Department had contracted it from a family member when visiting her village.

The two, he said had been referred to the Quarantine and Low-Risk Treatment Centre at the Malaysia Agro Exposition Park Serdang (MAEPS) in Selangor.

DCP Majid said 45 of his personnel who had been in contact with the two, were now under compulsory quarantine.

He added sanitisation works at the state police headquarters have also been carried out. 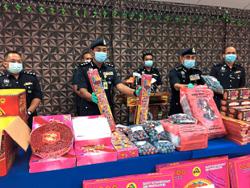 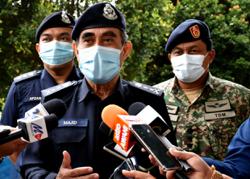