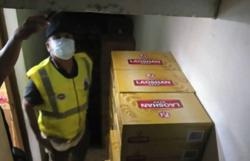 GEORGE TOWN: A Thai woman who runs a sundry shop at Tanjung Tokong has been arrested by police for selling contraband cigarettes.

George Town OCPD Asst Comm Soffian Santong said the 38-year-old was detained at a roadblock mounted at Jalan Pangkor at about 8.30pm on Wednesday (Jan 13).

"When the woman's car was stopped at the roadblock, she behaved suspiciously and upon checking the back of her car, police discovered 105 boxes of cigarettes of various brands," he said in a statement on Thursday (Jan 14).

ACP Soffian said the boxes contained 20 sticks of cigarettes each worth about RM2,250 and were meant to be sold at her sundry shop.

ACP Soffian said the suspect confessed that the contraband item was bought by her and was taken from her sundry shop at Tanjung Tokong to her house in Sungai Pinang.

During the arrest, police also seized a car belonging to the suspect's husband.

"The woman will be remanded until Friday (Jan 15)," he added. 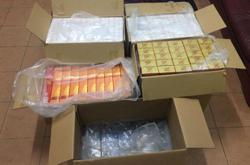