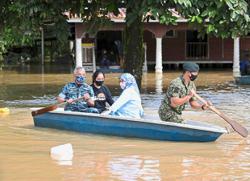 Their Majesties also joined the flood victims for lunch at the relief centre which houses about 100 people and handed over some contributions to them.

Meanwhile, Robiani Bakar, 56, said the royal family’s visit helped her to overcome her sadness over the demise of her eldest child due to oesophagus cancer, two years ago.

"I never failed to visit my son’s grave every day until I suffered from various illnesses and stroke.

"Alhamdulillah (thanks to Allah), my sadness is gone now and I’m relieved. Their Majesties were very kind and asked me to take care of my health. I’m very touched and moved because I really did not expect them to spend time with us,” she told Bernama.

For Nur Aniza Md Jan, 35, her dream to meet the King and the royal family finally became a reality.

"Unbelievable. I usually follow their updates on Facebook and other social media but today, they are here in front of my eyes.

"His Majesty asked about my pregnancy and reminded me to take care of myself and my children,” said Nur Aniza, who is expecting to deliver her third child in February. - Bernama 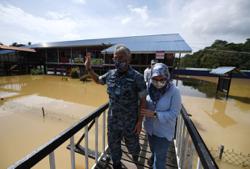 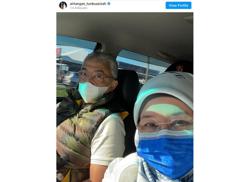