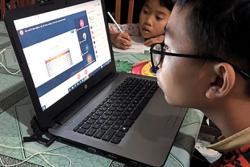 MELAKA: A 25-year-old university student who was hoping to strike a fortune in cryptocurrency trading ended up RM86,000 poorer when she was duped by a scammer.

State Commercial Crime chief Supt E. Sundra Rajan said the student saw an advertisement on Facebook promising a lucrative return in 72 hours once she invested a sum in a cryptocurrency scheme.

“The student was then contacted by the scammer via WhatsApp to convince her to put in her money.

Supt Sundra Rajan said the student later realised that she was conned and told her family about it.

Upon her family’s advice, the victim lodged a report at Tengkera police station on Jan 8, he added.