Move to curb spread of virus

PETALING JAYA: A nationwide state of emergency proclamation until Aug 1 was declared by the King to curb the Covid-19 pandemic that has reached alarming levels in the country.

In a statement from Istana Negara yesterday, Comptroller of the Royal Household Datuk Ahmad Fadil Shamsuddin said that Yang di-Pertuan Agong Al-Sultan Abdullah Ri’ayatuddin Al- Mustafa Billah Shah consented to a state of emergency being declared under Article 150 of the Federal Constitution after having consulted the Malay Rulers and top government officials.

“The King has consented that the state of emergency will be for a period until Aug 1 or any earlier date if the daily number of Covid-19 cases can be controlled and brought down effectively.

“The King has also agreed to the proposal from the government for the formation of an independent committee that will comprise government and Opposition MPs, health experts and related experts.

“This independent committee will advise the King if the implementation of the state of emergency is to be ended earlier, ” said Fadil in the statement.

He added that the King held a 45-minute audience with Prime Minister Tan Sri Muhyiddin Yassin at 5.30pm on Monday.

“The Prime Minister presented to the King the Cabinet’s decision to propose a proclamation of a state of emergency as a proactive measure to contain the pandemic”, with the number of cases daily having been at the four-digit mark since last December, said Fadil.

“This declaration is taken for the safety of the people and in the interest of the nation.

“According to the statistics, in 15 Covid-19 hospitals, patients have filled more than 70% of the beds. In the Klang Valley, Hospital Kuala Lumpur and the Universiti Malaya Medical Centre have reached 100% of capacity, and Hospital Sungai Buloh has hit 83% of capacity.

He further said that the King is also very concerned about the floods affecting a number of states.

“The King expressed his confidence that with the spirit and cooperation of the people as shown during the MCO last year, we will once again be able to control the transmission of Covid-19 effectively.

“Sultan Abdullah also expressed hope that the vaccine to be received in the near future will further flatten the curve and cut off the chain of Covid-19 transmissions.

“He also takes this opportunity to express his highest appreciation to the frontliners who are risking their lives and working endlessly in carrying out their duties to fight the Covid-19 pandemic, ” he said. 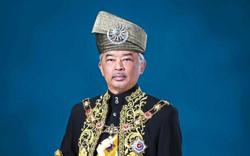