KUCHING: The Sarawak state election can only be held after Aug 1 unless the state of emergency is lifted earlier, say state politicians.

Parti Pesaka Bumiputera Bersatu (PBB) vice-president Datuk Abdul Karim Hamzah said the Prime Minister had specified in his special address on Tuesday (Jan 12) that no elections would be held during the Emergency, which would be in force until Aug 1.

"As such, the Sarawak state election has to be put on hold," he said, adding that the Emergency was declared to curb the spread of Covid-19.

The current term for the Sarawak Legislative Assembly expires on June 6, after which an election must be held within 60 days according to the state constitution.

"The fourth wave (of Covid-19) in Sarawak is bigger than the first three. Our only option is to flatten the curve.

"We need everyone's help, sacrifice, cooperation and solidarity to flatten the current tsunami wave," he said.

SUPP Youth chief Michael Tiang said the Emergency proclamation was the right decision by the government due to the escalating Covid-19 situation.

"I believe all elections have to be postponed due to the declaration of a state of Emergency by the Yang di-Pertuan Agong, including Sarawak state polls, until Aug 1.

"The war against the pandemic hasn't changed much since the last movement control order (MCO) and it is still a war for the whole nation to focus on.

"In other words, we should set aside any political differences and rivalries by giving our full support to the federal and state governments to play their roles effectively in safeguarding the citizens' welfare and interests in the midst of this pandemic," he said.

Meanwhile, Sarawak PKR chairman Larry Sng said he had been consistent in his view that this was not the time to hold elections due to the Covid-19 situation.

"The Sarawak election will be postponed until the Emergency is lifted. Let the country recover from this pandemic so that we don't put people's lives at risk," he said. 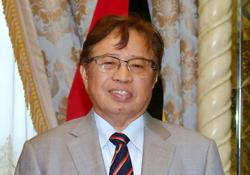