Party secretary-general Datuk Chong Sin Woon (pic) said the decision was a “pro-active measure to unite both sides of the political gap” and to counter the threat of the Covid-19 virus.

“We believe that His Majesty and the Cabinet of Prime Minister Tan Sri Muhyiddin Yassin have made the right decision, enabling our medical frontliners to focus 100% on containing the pandemic and safeguarding public health, ” he said Tuesday (Jan 12).

He noted that the Covid-19 situation in Malaysia has persistently deteriorated in the past three months, with the country’s public healthcare system pushed to the breaking point with four-digit daily increases.

“Despite that, multiple manoeuverings to pressure for snap polls, attempts to derail the passing of Budget 2021, and political incitements have resulted in instability within the Federal Government and some state governments, hindering a concerted effort to curb the spread of Covid-19.

“The declaration of Emergency based on Clause(1) Article 150 of the Federal Constitution intends to unite Malaysians into winning the pandemic fight and ending the political unrest orchestrated by power-hungry individuals, ” he said.

Chong reminded the people that the proclamation of the Emergency was not a coup, and did not mean that Malaysia is under military rule.

“It merely pauses all political games that undermine pandemic containment efforts until Aug 1,2021, or earlier if the daily Covid-19 numbers can be effectively controlled or lowered, ” he said. 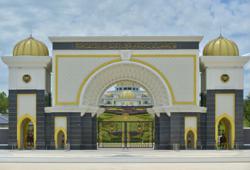