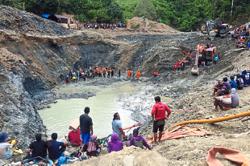 KOTA KINABALU: A 43-year-old man died after he was buried alive after loose soil collapsed during excavation works at a site near Bandar Sierra, off Jalan Lama Tuaran on Wednesday (Dec 30).

His body was extracted at 5.12pm by the Fire and Rescue Department team and victim was pronounced dead by a Health Ministry medical officer, according to the Department's state operations centre.

"The Lintas Fire and Rescue station initially received the distress call of a man buried under soil at 4.09pm where a team of eight was sent to the scene located 14km away.

"After retrieving the remains and the death was confirmed, the team handed the body over to the police for further actions," said the operations centre in a statement. 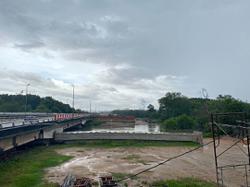