According to Dr Mah, figures from the ministry showed that there is a shortage of 1,334 teachers as at Dec 31 this year, which is 247 higher than the estimate by the National Union of Heads of Schools.

“The 702 teachers will be assigned in January or February when school starts. For the start of 2021, we will be short of 633 teachers.

“Even so, the Education Ministry is making arrangements to hire a new batch of interim teachers to fill up these vacancies, ” Dr Mah said.

“For interim teachers whom we wish to be absorbed (as permanent staff), they would receive a contract allowing them to get training during the course of their service.

“They will be fully qualified teachers after completing the training, ” he said.

Dr Mah added that in recent years, the Bachelor’s Degree in Teaching programme and interim teacher vacancies aimed at Chinese vernacular schools have not been very well received.

This, he said, would worsen the perennial problem of a shortage of teachers.

He urged more youths to consider taking up the teaching vocation.

> The headmaster of SJK(C) Taman Connaught Lim Bee Khim has been appointed the president of the National Union of Heads of Schools during its 32nd General Assembly recently, reported Sin Chew Daily.

Lim will be replacing Wong Sheet Fatt who retired as both the headmaster of SJK(C) Choong Wen and the union’s president on Aug 19.

As her first order of business, Lim pledged to meet up with the Human Resource Ministry to lobby for the repealing of a provision in the 1959 Trade Union Act preventing university graduates from helming the union.

She added that the provision is obsolete as there will only be 111 headmasters of Chinese vernacular schools in the country next year without an undergraduate degree.

However, Lim admitted that she is still learning the ropes about her role which she will be assuming for the next four years. 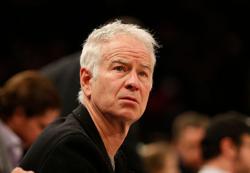