KOTA KINABALU: Domestic electricity consumers who have so far failed to pay the their monthly bills will not get their power supply disconnected till Mar 2021.

However, he said the relaxation was only for domestic consumers who were in arrears for less than six months.

He said SESB had agreed not to cut supplies to domestic consumers whose arrears were less than six months from Jan 1 to Mar 31,2021.

Nasser said that people who had outstanding unpaid electricity bill could begin making payment in stages from Jan 2021.

“We are offering this to domestic consumers. They must come and meet our offices to discuss the best way to settle their outstanding amounts during the period," he said.

However, for those in arrears for above six months, SESB will issue a notice to disconnect electricity to their residence.

"The notice will only be issued to those who owe more than six months in unpaid electricity bills," he added.

Such consumers, he said, would be given a week to settle the outstanding amounts failing which the electricity supply will be disconnected. 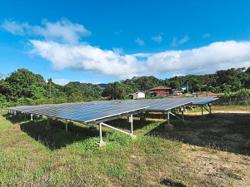