Laid to rest at Heroes’ Mausoleum

She was buried at about 3.30pm yesterday, beside her sister Tun Suhailah, widow of third prime minister Tun Hussein Onn.

Earlier in the day, the public was allowed to pay their final respects at the Ar-Rahah Mosque in Kampung Kerinchi from 9am to 1pm, with notable attendees including Selangor Ruler Sultan Sharafuddin Idris Shah and Perak Ruler Sultan Nazrin Muizzuddin Shah.

MCA president Datuk Seri Dr Wee Ka Siong, who led a delegation there, said on Facebook: “May all go well and the late Tun Rahah’s soul be blessed.”

In accordance with the SOP under the conditional movement control order, measures such as physical distancing and wearing face masks were observed, along with limited time slots for each attendee so that no one could stay inside the mosque for too long.

A total of eight tents were set up in the parking lot of the mosque as a waiting area for relatives and the public before entering the mosque, after they registered using the MySejahtera app or writing down their particulars in the registration book.

Funeral prayers were held at the mosque after the zohor prayers before the remains were taken to the National Mosque for the state funeral.

Meanwhile, tributes for Rahah continued to flow in, with a statement on the Selangor Royal Office Facebook page praising Rahah as “the best wife a prime minister and politician could ask for, and should be emulated”.

“His Royal Highness recalled the personality of the late Tun Rahah, who was a friendly person and often smiled, and she was the backbone and motivator for the political career of the late Tun Abdul Razak.

“The Sultan also admired Tun Rahah’s perseverance in bringing up her five sons after losing her beloved husband in 1976, ” read the post, which added that Sultan Sharafuddin also expressed his gratitude to Prime Minister Tan Sri Muhyiddin Yassin for agreeing to grant a state funeral for Rahah, which is considered the highest recognition for her service and dedication.

“She often visited Sarawak and was also very close to my mother. On behalf of the people of Sarawak, I would like to extend our condolences to the family of Tun (Rahah). May her soul be placed among the righteous, ” he told reporters after an event in Dalat.

Rahah, 87, passed away on Friday evening at the Prince Court Medical Centre here where she was admitted for treatment.

Born on June 11,1933, in Muar, Johor, she was the youngest daughter of Tan Sri Mohamed Noah Omar, the first Dewan Rakyat speaker.

She was awarded the Seri Setia Mahkota Award by the Federal Government in 1976, which carries the title “Tun”.

Meanwhile, Najib expressed his family’s gratitude to the government for the state funeral and described the matter as something special to his family.

“This will be a sweet memory to Tun Razak’s family, ” he told reporters at Masjid Negara, adding that a tahlil ceremony would be held for seven days at the Ar-Rahah Mosque starting yesterday evening. — Bernama 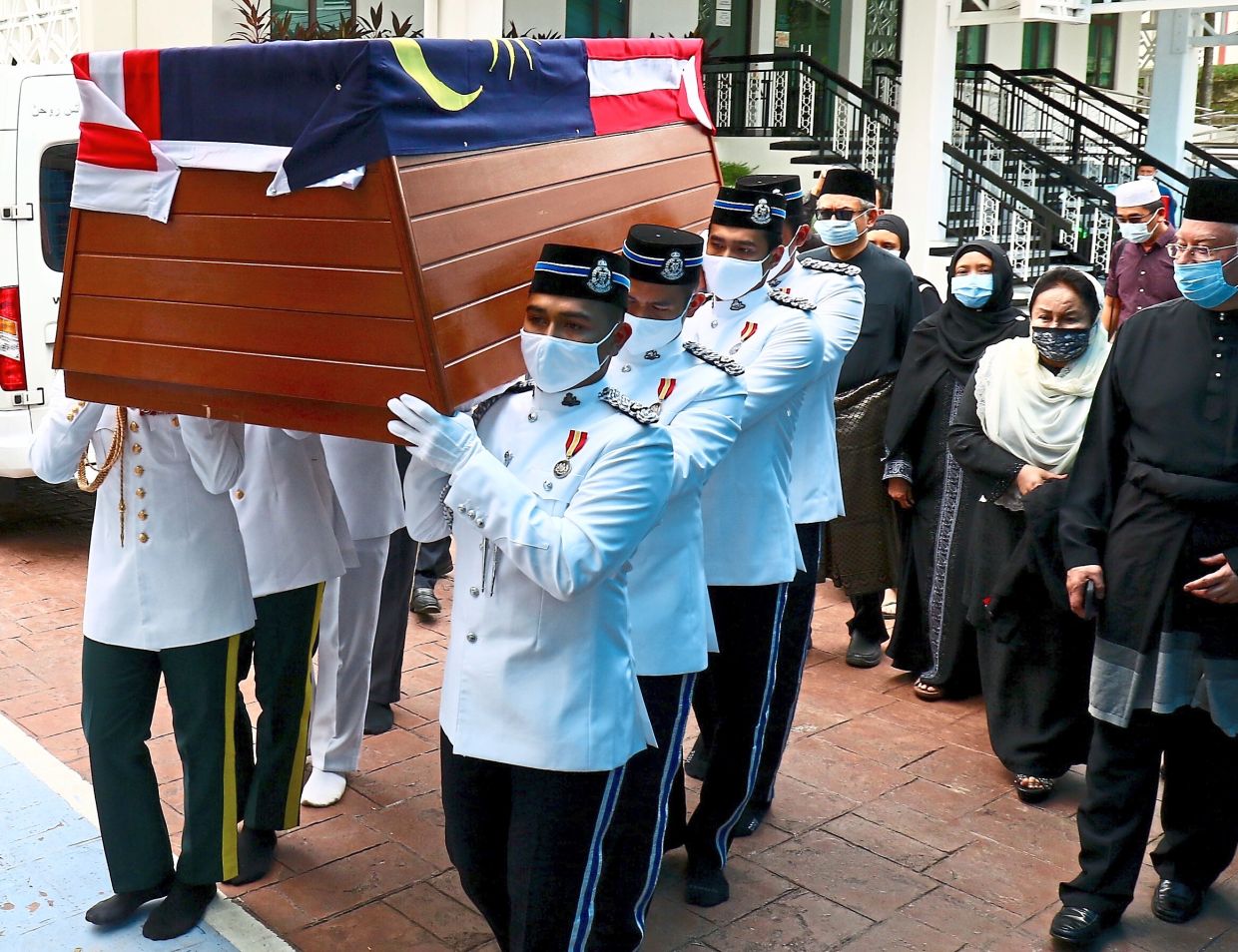 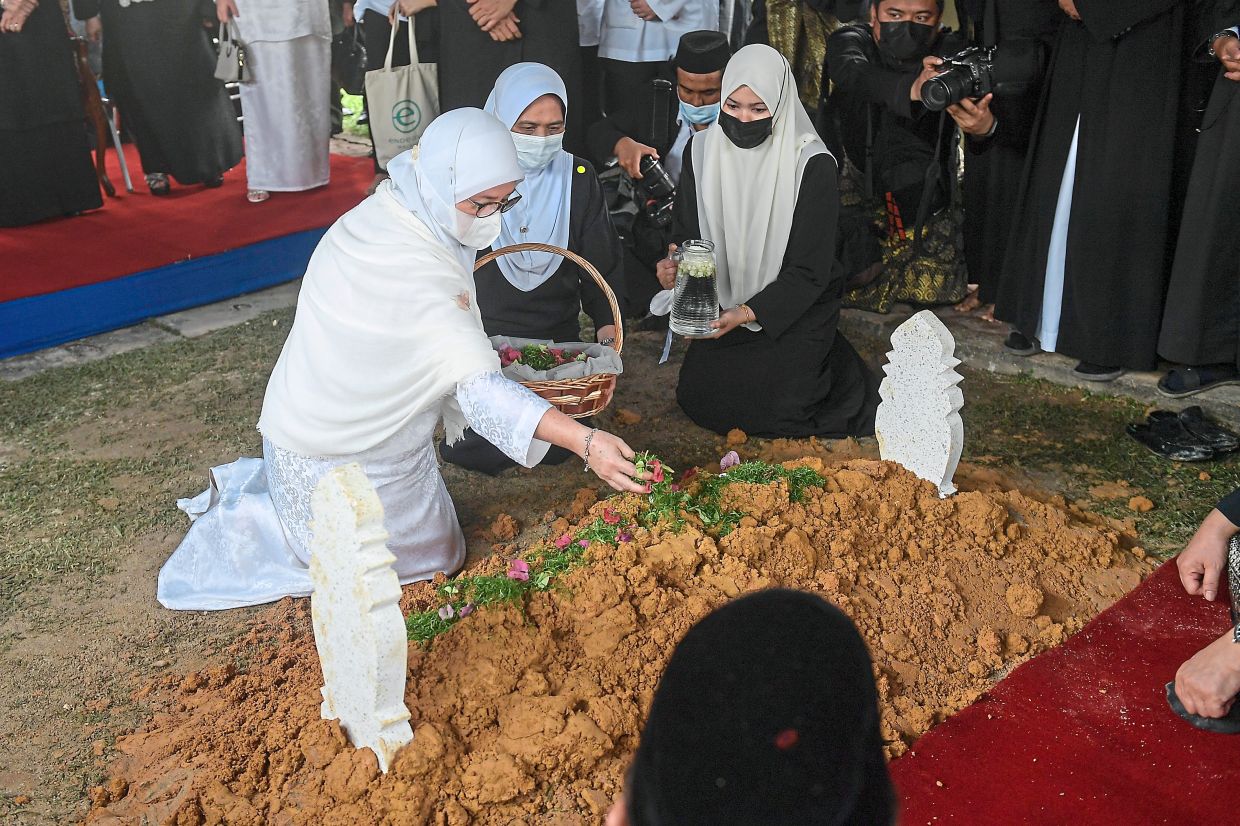 Muhyiddin pouring rosewater on Rahah’s grave after she was laid to rest. — Bernama

Last goodbyes: Tunku Azizah paying her respects after the state funeral at the National Mosque in Kuala Lumpur.