KOTA KINABALU: Sabah has unveiled a RM4.4bil surplus state budget for 2021 aimed at kick starting the economy badly hit by the Covid-19 pandemic.

The maiden budget by the Gabungan Rakyat Sabah (GRS), who took over reins of government following the Sept 26 state election, is targeting to focus on agriculture, tourism and industrial sectors to drive the economic recovery of the state.

Chief Minister Datuk Hajiji Noor also disclosed that a comprehensive five-year development plan - “Sabah Maju Jaya” - will be launched in January as part of efforts to bring progress for the people and the state.

He said that the five-year development plan was to build a peaceful, united and prosperous state and society; optimise state resources and revenue; stimulate economic recovery; improve people’s economy and develop human capital.

The implementation of the plan would be supported by the involvement of the private sector via the establishment of the Sabah Economic Advisory Council (SEAC) that would include industry players and NGOs.

He said the Covid-19 pandemic has severely affected all sectors including Sabah’s key revenue earners like palm oil, crude oil and tourism.

“We are facing a challenging reality and economic position that we need to act immediately to address the contracting growth of certain sectors and sub-sectors as well as identify new resources to strengthen and increase state revenue, ” he said.

In the tabling budget themed “People’s Prosperity, Sustainable Economy," at the Sabah assembly sitting here Friday (Dec 18), Hajiji said that the projected revenue of RM4.481.96bil to fund the state total expenses of RM303.26bil was a surplus of RM178.7mil.

In 2021, Sabah is expected to get an estimated revenue of RM1.25bil from the implementation of state sales tax on petroleum products.

The new tax is expected to be the major contributor to the state's revenue, he said.

“It will make up 27.9% of the total state revenue,” he said, adding that sales tax on crude palm oil is expected to provide a revenue of RM767.5mil to the state.

Hajiji said other sources of revenue include land leasing, ports and harbour taxes that are expected to provide about RM140mil in revenue.

The state government also expects to obtain RM911mil from oil royalty and a total of about RM650mil from sales of water resources, interest and returns from investments and land premium apart from federal grants of RM455.89mil.

Among other focuses of the budget was an allocation for RM429.59mil for human capital development including religious programmes, facilities and supporting infrastructure while focus is on development of water resources and public amenities.

The budget also put aside RM12mil to help families of the B40 and M40 groups for funding of their children’s higher learning education with one off payments of RM2,000 for first time admission to the institutes of higher learning and RM200 for per person for Special Assistance Cash Examination (BAKTI) for students sitting for SPM, final semester STPM and STAM exams at the end of the 2021 year.

Hajiji also announced a total sum of RM8.7mil will be disbursed as special assistance of RM600 for all state civil servants that will be paid in January 2021.

The Sabah state assembly will sit from Dec 21-23 to debate the budget. 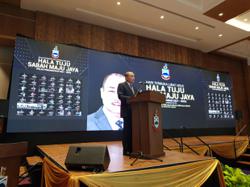 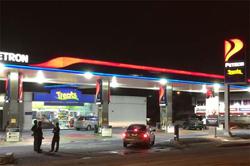