KUALA LUMPUR: The government has given enough indication to show that it is committed to carrying out reforms to the electoral process but the Electoral Reform Committee (ERC) believes none of its recommendations would be ready in time for the 15th General Election (GE15).

ERC chairman Tan Sri Ab Rashid Ab Rahman (pic) said more than 30 of the 49 recommendations presented would take about three years before they are ready to be implemented, adding that it was best not to rush any type of reform.

"The next election would take place within two years so the implementation won't happen in time for that.

"Furthermore, reforms cannot be hurried otherwise it might cause confusion among the people," he said.

Ab Rashid said many democracies have also taken time to reform their own electoral processes.

"Australia, for example, took 12 years while Indonesia has been working on its electoral reforms for the past 20 years and it is still not done," he said.

He said the government's move of setting up a special Cabinet committee to study ERC's recommendations showed that leaders were committed to reforming the voting system.

He said the government has clearly shown that it was willing to review the recommendations and is confident that it will have the same will to implement them.

"We are hoping that the government will try and make some arrangements for most if not all of our recommendations to be implemented," he said.

Ab Rashid said this after he delivered his keynote address titled "Empowering civic and voter education: hopes and challenges" at a seminar organised by Gagasan Minda Merdeka on Friday (Dec 18).

Among the recommendations presented are new laws governing public funds, donations and private monies channelled into political parties as well as appointing international and local observers during elections.

Another recommendation is improving the postal voting system, which Ab Rashid said must be done conscientiously.

"There needs to be an efficient system and a high-level of confidence in the system before everyone can send in their ballots by mail.

"It can be chaotic if there is distrust in the system," he said.

However, he mentioned that about 80% of Malaysian voters preferred to physically cast their ballot at polling booths.

Ab Rashid said the ERC has also recommended the establishment of a central civic democracy and election institute to educate Malaysians on civic matters.

He said there is a need for Malaysians to "own Malaysia and the elections" so they won't feel short-changed or cheated out of the democratic process. 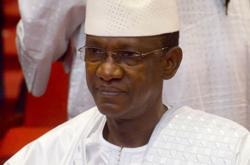