KUALA LUMPUR (Bernama): Two Malaysian men who are wanted by the US Justice Department for alleged money laundering and cybercrimes in the country will remain in prison until their extradition application is heard by the Sessions Court next week.

This followed the decision of the High Court here Tuesday (Dec 15) to deny bail to businessman Wong Ong Hua, 46, and computer analyst Ling Yang Ching, 32, who will be charged in the United States with 23 counts including of identity theft, access device fraud, Computer Fraud and Abuse Act (CFAA) violations, and falsely registering domain names.

In his judgement, Aslam said the bail application was rejected because the proceedings for the extradition application for the two men were already set for next Monday (Dec 21).

"If the bail is allowed today, they still have to undergo the two-week quarantine before they are allowed to return, when in fact, the committal proceeding will be held during the period, ” he said.

Earlier, Zamani said his clients required time to settle personal matters before being extradited to the United States and that they were ready to accept additional conditions by the court.

"Since the country’s border is not yet opened, we give our assurance that our clients will be present in court for the extradition proceedings next week, ” the lawyer said.

On Sept 3, US authorities requested the two suspects be extradited to the country and the Attorney General’s Chamber agreed to adhere to the request according to the Extradition Act 1992 and extradition agreement between the governments of Malaysia and the United States. – Bernama 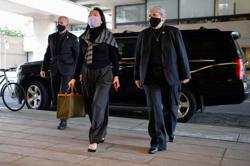 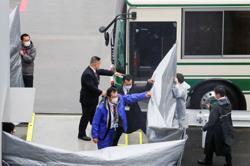