IPOH: A total of eight statutory declarations (SD) in support of the new Mentri Besar signed by several assemblymen have been presented to Perak Ruler Sultan Nazrin Muizzuddin Shah.

"The name will be revealed by the palace. We have pledge our support as all three parties (PAS, Umno and Parti Pribumi Bersatu Malaysia) have reached a mutual agreement," he told media after his audience with Sultan Nazrin at Istana Kinta.

Separately, another five SD were received from three Bersatu assemblymen, a Gerakan assemblyman and an independent.

Zainol added that Gerakan's A. Sivasubramaniam and independent Paul Yong Choo Kiong also presented their SD together with him.

Earlier, Barisan Nasional, Bersatu and PAS announced they have achieved a truce amid the ongoing Perak leadership crisis and nominated Datuk Saarani Mohamad as the next Mentri Besar.

According to the statement, a consensus was reached by the three parties after a meeting held on Wednesday. 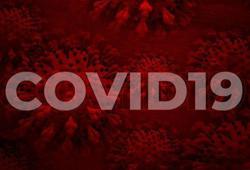