CIK B’s first single Tolonglah, which was launched on YouTube on Tuesday, was inspired by her troubled childhood, Harian Metro reported.

The daughter of well-known cosmetics entrepreneur Datuk Seri Vida said she had gone through a painful past of being locked up, abused by maids and family conflicts despite her young age.

The 15-year-old budding artiste, whose real name is Edlynn Zamilleen Muhammad Amin (pic), said the rap number was the result of a collaboration with her friend and mother.

“I hope people will accept what I’ve revealed in the song although some may doubt my life story because I look happy, ” she said.

Cik B added that the song was completed last year-end but was kept unannounced for a long time as she was not confident about releasing it.

“There was still a sense of shame and fear to face the media. I only feel fine now as I start to gain self-belief, ” she said.

> Within days of being uploaded on YouTube on Tuesday, an episode of Upin dan Ipin has garnered over two million views, Berita Harian Online reported.

Barang Baik, Barang Kita was in the 14th season of the popular animated series and released in collaboration with the Domestic Trade and Consumer Affairs Ministry as part of its Buy Malaysian Products Campaign.

Burhanuddin Md Radzi, the managing director of Les’ Copaque, which produces the show starring the five-year-old twin boys, said: “Alhamdulillah, with good content and storyline, once again an episode of Upin dan Ipin has garnered a high number of views.

“Kudos to my animation studio team too.

“This means that Upin dan Ipin has succeeded in delivering a good message not only to children but adults as well.”

Burhanuddin said Les’ Copaque had worked with several government agencies to promote their campaigns such as the Malaysian Anti-Corruption Commission in an episode, Fight the Corruption, and Health Ministry’s healthy lifestyle campaign. 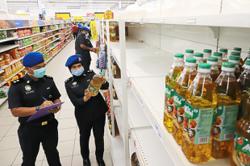