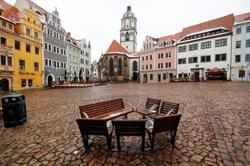 BUTTERWORTH: A foreign construction worker was crushed to death while his colleague escaped with minor injuries after they were pinned under a slab of piling concrete at Simpang Ampat on Friday (Dec 4).

The victim, Bangladeshi Md Shriful Islam, 33, was pronounced dead while he was brought to Hospital Sungai Bakap.

His Indonesian colleague, however, escaped with minor injuries.

It is believed that the piling concrete fell onto the victims while they were working at the construction site in the incident that occurred at about 10am.

State Fire and Rescue Department spokesperson said a team of firefighters from Sungai Bakap fire station were deployed to the scene, after the department received the call at 10.29am from the public informing them about the incident.

"When the firemen arrived, the Indonesian national was already rescued by the public and was brought to Hospital Sungai Bakap," he said in a statement.

The spokesperson said the firemen managed to rescue another victim, a Bangladeshi, at about 11.00am, adding that the operation ended at about 11.30am.

The cause of the incident is still being investigated. 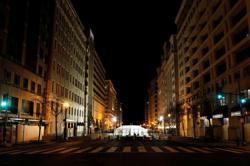