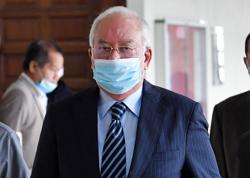 KOTA KINABALU: Two friends from the hilly district of Ranau were among 41 youths from Sabah who were offered a Petronas education sponsorship this year.

While it has been six years since they last met in 2015 when they were Form 1 classmates of SMK Mat Salleh in Ranau, they were reunited in September this year.

Franciecya Felix and Connie Chan Shi Fen, both 18, were in the same class for only a month then, before Connie moved to the Mara Junior Science College (MRSM) in Sandakan, about 220km away.

They did not cross paths until September at a place they least expected - at Universiti Teknologi Petronas (UTP) in Perak - located over a thousand miles away from home.

Both are currently undergoing a foundation programme there prior to pursuing their respective degrees, fully funded under the Petronas Education Sponsorship Programme (PESP), according to a statement from Petronas.

Under the programme, Petronas supports the students from foundation studies up to the completion of their bachelor’s degree where over RM100mil is channelled to sponsor 370 students nationwide this year.

This year, an online application was opened in March, followed by virtual assessments due to movement restrictions following the Covid-19 pandemic.

Connie who lost her father when she was five, received the scholarship good news in June. She said it will lessen the burden of her mother who is a farmer.

Franciecya, who is the third of five siblings, said this was her first time being away from family in an extended period.

“The longest time I’ve been away from my family was for about a week when I joined the Asean Quiz in Bali, Indonesia in 2018,” said the lass whose father is self-employed and mother a teacher. 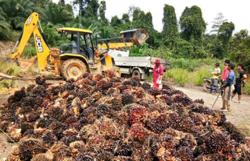