The Chief Minister said the projects under the National Digital Network (Jendela) was an initiative that could help Sabah to move towards a better telecommunication connectivity in the state.

"For example in northern Pitas, some people have to climb trees just to get internet connection.

"Recently in Kg Gusi, Ranau, some students fell from a suspension bridge when they were there to get better internet connectivity, ” he said.

Hajiji said the Jendela programme through the Malaysian Communications and Multimedia Commission (MCMC) was one of the initiatives to help address the issue.

He said this after a briefing with MCMC chairman Dr Fadhullah Suhaimi Abdul Malek via a video conference on Wednesday (Dec 2).

During the briefing, Hajiji said he was told that the Jendela programme would be carried out in two phases, involving the construction of 41 new telecommunication towers and upgrading of 924 existing stations to a 4G network.

A total of 35 new towers and 1,048 base stations would be commercially upgraded to improve the 4G network in Sabah as well.

All these projects will cost around RM2.5bil.

Hajiji also urged the MCMC to keep the state government updated with the progress of the projects and to inform them as soon as possible if there were any problems during the process.

"We will take prompt action to address any issues that may arise so as not to hinder the progress of these projects," he said. 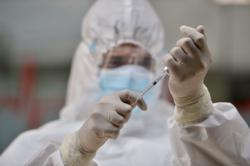