SIBU: A fireman died after his motorcycle collided with a car at Bulatan Bestari in Mukah on Thursday (Dec 3).

Mukah OCPD Deputy Supt Jimmy Panyau said the victim, Jackery Tuksing, 48, was riding a motorcycle at about 10.20am when the accident happened.

"When the victim reached the roundabout, the driver of a car did not notice Jackery and hit the left side of the motorbike," he said.

As a result of the collision, the victim was flung 26m while his motorcycle was dragged by the car.

The victim was later rushed to the hospital and was pronounced dead due to severe head trauma while receiving treatment at the Mukah Hospital emergency ward.

The driver of the car was detained at the Mukah police station for further investigation.

The case is being investigated under Section 42 (1) of the Road Transport Act 1987. 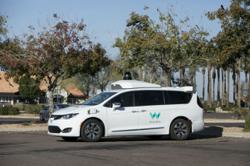