He said Petros currently supplied gas to over 25,000 households and 1,500 commercial customers in Bintulu and Miri through its piped gas grid operated by its wholly-owned subsidiary Sarawak Gas Distribution Sdn Bhd.

"I am happy to announce the launch of Petros LPG. We are honouring this intent as suppliers of LPG into the homes, businesses and industries of Sarawakians, starting in 2021 with Kuching and Samarahan and extending statewide in 2022," he said at the launch ceremony here on Wednesday (Dec 2).

Hamid said Petros would invest in domestic LPG production from its oil and gas assets to reduce the state's reliance on imported LPG.

He said Petros also aimed to improve fair pricing of its gas cylinders to end customers in collaboration with supply chain partners.

"Those in the remote areas of Sarawak, who are least able to afford it, are paying the highest price for this important cooking and heating fuel. Price stacking is a challenge for all of us as players in this strategic value chain," he said.

Besides local distribution, Chief Minister Datuk Patinggi Abang Johari Openg hoped Petros would be able to export its LPG in the future.

He said the state government had agreed in principle to supply LPG to west Kalimantan.

"But formal arrangements will need to be made for this," he said. 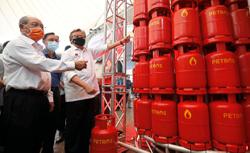 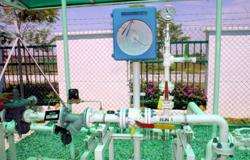