A police officer showing children the Children and Teenagers Crime Awareness Module (Mekar) book at the launch of the module at Horizon Hills Golf and Country Club in Iskandar Puteri on Wednesday (Dec 2).

ISKANDAR PUTERI: A total of 1,374 police personnel will be deployed as liaison officers to conduct monthly crime awareness programmes apart from the bi-monthly visits to reduce social ills among students at primary and secondary schools.

He added that although the number of recorded crime cases involving teenagers showed a decline, the police and public should not be complacent but instead conduct extra efforts in eradicating social crimes involving children and teenagers.

“Each school and higher learning institution has one school liaison officer and the police plan to improve their roles through activities in the school instead of coming twice a month during the school assembly, ” he said at a press conference after the launching ceremony of the Mekar module at Horizon Hills Golf and Country Club, here on Wednesday (Dec 2).

“In general, 95% of those arrested are male compared to 5% female students. Among the crimes committed are motorcycle theft, voluntarily causing injury to others, house break-ins, rape and robbery.

“All of the drug cases involved secondary students caught with drug possession, consuming drugs, and consuming ketum, ” he added. 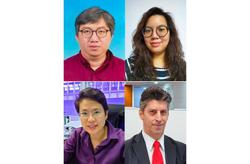