KUALA LUMPUR: The Federal Government must explain the increase in the allocation for the Prime Minister's Department under Budget 2021, says Datuk Seri Anwar Ibrahim.

The Opposition leader said the estimated operational expenditure for the department alone saw an increase of about 10.7% or RM482.4mil compared to last year.

"While we are saying that the Budget is the Covid-19 Budget and while we give RM300 to the police and the fishermen, but the increase for the Prime Minister's Department in terms of operational expenditure is 10.7% or RM482.4mil," he said while debating the Budget at the committee stage on Monday (Nov 30).

He said much attention was being given under the 2021 Budget for top government officers, including 32 ministers and 38 deputy ministers.

"Under the Prime Minister's Department alone, there are five full ministers and five deputy ministers," he said.

"I want to ask what is the function of the Foreign Ministry when we are forced to appoint and burden the country and the people with such high operational expenditure," said the Port Dickson MP.

He said the significant increase could be due to an overlap in duties, where such tasks could be easily done by Wisma Putra.

"When we discuss Covid-19 and related concerns, it is worth it to pay for such ineffective positions, where did the special envoys go? They are all here in Kuala Lumpur," asked Anwar.

Anwar also touched on the emolument for the appointment of contractual officers under the Prime Minister's Department, which has been given an increase by almost RM200mil next year.

"There is an increase to RM181.4mil compared to the year before for the contractual appointment of political appointees under the Prime Minister's Department," he said.

He said it was also important for the Parliament to bring much-needed reforms through the re-introduction of the Parliamentary Services Act 1963.

"I am more concerned about the parliament staff that are not given much priority and due attention.

"This is because their position does not commensurate with the workload that they go through.

"For instance, during the Covid-19 pandemic, they have continued to take risks in order to protect the welfare and safety of parliamentarians," he said. 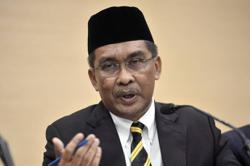