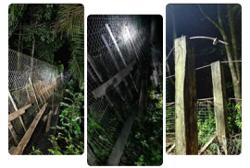 KOTA KINABALU: The suspension bridge at Kampung Gusi, Ranau, where seven villagers recently fell off from due to the cable snapping off, is likely to be replaced with a new one.

Deputy Chief Minister Datuk Dr Joachim Gunsalam said while the authorities have not been able to go down to the remote village at present due to the wet weather that is hampering travel, the facility is likely to be upgraded since it was over 10 years old.

Earlier this week, a 16-year-old girl and a 36-year-old man were admitted to Ranau district hospital for injuries, as they were among those who fell off the bridge.

A total of eight villagers - with three students among them - were on the bridge during the incident on Tuesday night, as they tried to get better connectivity for their mobile phones. One managed to hang on the tilted bridge while the rest fell off. The other victims received outpatient treatment at nearby Kampung Karagasan clinic.

“Yes it is under my (Kundasang) constituency which is next to Sugut ... I am planning to go there next week as I have a programme at Kg Mansalu, which is near Kg Gusi and I can reach there by boat.

Kg Gusi can be connected via a 40mins boat ride from Kg Karagasan, where it will take about three hours to reach Ranau town from there. There is also road access connecting to Kg Karagasan which was used for logging activities before, but it is inaccessible during rainy seasons. 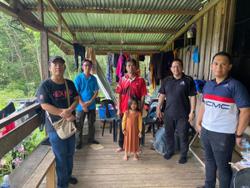 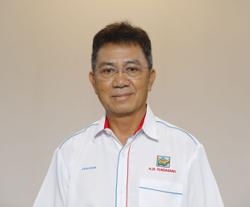