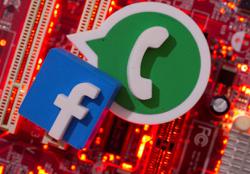 KEPALA BATAS: Three individuals suffered losses of between RM3,000 to more than RM23,000 after being cheated by a syndicate offering non-existent loans through WhatsApp.

“The victims were asked to make the process payments and account activation payments in advance before the loans were approved.

“The first victim, from Kepala Batas, received a message in WhatsApp from an alleged representative of the My Easy Loan Company.

“The victim then communicated with an unknown individual who claimed he was from the company.

“The victim then made five transations amounting to RM23,311.46 into three bank accounts for the agent.

“The victim felt cheated after being asked to pay additional money and decided to come to the police station to lodge a report, ” he said in a statement Friday (Nov 27).

ACP Noorzainy said the second victim from Sungai Puyu also received a message through WhatsApp offering him a loan.

“The victim then communicated with an unknown individual who offered a personal loan.

“The victim made eight transactions to three bank accounts amounting to RM13,156.

“The third victim, meanwhile, was an online merchant who wanted to take a loan after receiving an offer through WhatsApp stating that he had successfully applied for a loan of RM30,000 with a low instalment rate.

“As a result, the victim was asked to make various payments, and suffered a loss of RM3,000, ” he said.

ACP Noorzainy added that all three victims had received the loan offer from an unknown number through WhatsApp.

“The victims were lured by attractive and affordable loan offers as they were offered various forms of loans with low monthly instalments.

"All three cases are being investigated under Section 420 of the Penal Code for cheating and dishonestly inducing delivery of property which carries a maximum imprisonment of 10 years, whipping and a fine.

"The police are still conducting investigations to obtain information from the accounts involved, ” he said.

Meanwhile, ACP Noorzainy advised the public not to be fooled by syndicates of such scams as borrowers do not have to make any payment for the loan process.

"People are also advised not to make any loans through advertisements that are posted on websites and online platforms," he said.