IPOH: A 35-year-old man has been charged with riding his motorcycle under the influence of drugs, leading to a traffic cop being injured.

Nor Azman Mat Salleh pleaded not guilty after being charged under Section 44(1A)(a) of the Road Transport Act before Magistrate Court judge Umzarul An Nur Umar here on Friday (Nov 27).

Nor Azman was said to have committed the offence at a police roadblock on Jalan Silibin on Tuesday (Nov 24) around 11.15am.

According to the charge sheet, the incident also led to a traffic policeman, Kpl Mohd Aizal Md Lazim, who was on duty then, being seriously injured.

The man had apparently tried to avoid the roadblock and crashed into Kpl Aizal.

Kpl Aizal was said to have been dragged for about 5m, suffering injuries to his head, face, hands and body.

He was sent to the Raja Permaisuri Bainun Hospital for treatment and is in stable condition.

Nor Azman, whose licence expired last year, was also reported to have several priors related to drugs and has been convicted of theft.

While pleading for a lower bail, Nor Azman, who was not represented, said he needs to take care of his pregnant wife and child.

Umzarul An Nur set bail at RM5,000 with one surety and Jan 14 for mention.

She also ordered for Nor Azman’s licence to be suspended until the case is concluded. 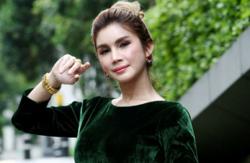