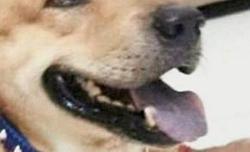 PETALING JAYA: Malaysia Animal Association (MAA) is helping to track down a sarong-clad man who was caught on video shooting stray dogs.

MAA is offering RM2,000 to those with information leading to the identity of the man holding the shotgun.

"MAA condemns such acts," it said on its Facebook page, in response to a video clip that had gone viral showing a man shooting stray dogs.

The video clip showed a middle-aged man shooting strays loitering outside his house. A dog was yelping in pain, and a woman's voice could be heard saying that he had "only hit the leg".

The video had sparked an outrage among animal lovers.

Although Animal Welfare Act 2015 had been enforced, it did not stop culprits from killing and whacking dogs, said MAA.

"The ratio of human cruelty against dogs is higher than cases of dogs attacking humans.

"It is high time this issue is taken seriously," it said.

The association called upon dog lovers and dog haters to participate in a survey on whether it was reasonable to shoot stray dogs.

"Dog lovers and haters are given a platform to air their views and provide reasons.

"Argument should be devoid of emotion," it said.