PETALING JAYA: The government has to get its act together when it comes to handling corruption if it is to improve its image, says Transparency International-Malaysia president Dr Muhammad Mohan.

Muhammad said that the National Anti-Corruption Plan (NACP) has yet to be implemented and enforced without delays, amendments, watering down or U-turns, as observed with regards to the Independent Police Complaints and Misconduct Commission (IPCMC) Bill under the administration of Barisan Nasional, Pakatan Harapan and Perikatan Nasional.

“The Political Finance Act also needs to be tabled in Parliament in order to limit and control money politics, party hopping and election related bribery. Strong political will is needed if we aspire to make Malaysia known for her integrity and not corruption, ” he said.

Commenting on the findings of Transparency International's Global Corruption Barometer (GCB) for Asia 2020, Muhammad said that Malaysians are still very hopeful and have not lost faith in the law enforcement or public service, despite their experiences.

However, he said that there appeared to be a slight dip in expectations when it comes to politicians and their officials of late, adding that this may have to do with all the political instability, party hopping, allegations of money politics and corruption scandals involving political figures.

The survey found that seven in 10 Malaysians believe that government corruption is a big problem.

At the same time, two-thirds or 67% of Malaysians surveyed feel that the Malaysian Anti-Corruption Commission (MACC) specifically is doing a good job in fighting corruption.

A total of 39% of Malaysians surveyed also believe that corruption is on the rise.

Additionally, the survey found that of all public institutions, parliament, the police and government officials ranked highest for perception of corruption with a rating of 36%, 30% and 28% from the Malaysians surveyed.

It also found that 13% of respondents gave bribes and 15% have utilised personal connections when using public services in the past 12 months.

This is lower than the overall Asian rate, where 19% admitted to giving bribes while 22% admitted to using personal connections when using public services.

The survey also found that 7% of Malaysians have been bribed for their vote in an election, which is lower than the average in Asia of 14%.

Of the Malaysians surveyed, 68% still believed that ordinary people can make a difference in fighting corruption, which is higher than the average in Asia of 62%.

Almost 20,000 people in 17 Asian countries were surveyed for the public opinion survey.

This survey for Malaysia was conducted from July 2019 to June 2020, where two different governments were in power during the period the survey was conducted. 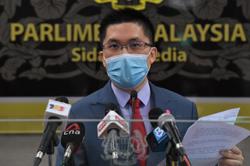 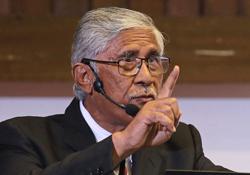