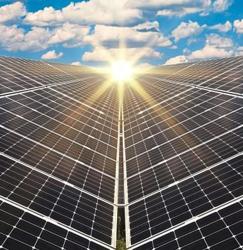 TANGKAK: The police have arrested four Myanmar nationals to help investigations on a slashing case involving a male victim at a banana plantation in Grisek here.

Tangkak OCPD Supt Mohd Fadhil Minhat said that the victim, who is also a Myanmar national, was rushed to the Muar Hospital on Monday (Nov 23) at about 4.15am and is currently warded in the intensive care unit (ICU) for suffering a serious injury to his face.

“The initial report suggests that the victim, who is in his 40s, is believed to have been slashed and beaten.

“A medical report then confirmed that the victim had been attacked by a sharp object on the face and head and caused internal bleeding on the head, ” he said in a statement here on Wednesday (Nov 25).

He added that, based on investigations, the police have managed to arrest four suspects at a banana plantation in Grisek.

“All suspects are aged between 20 and 40 and are from Myanmar and have been staying here without travel documents. The police also confiscated a small sickle that is believed to have been used to attack the victim.

“We have also arrested a local man for employing the suspects without a valid permit, ” he said, adding that the suspects are currently under remand for 14 days, while the local man is remanded for six days starting on Nov 25.

The case is investigated under Section 326 of the Penal Code for Voluntarily causing grievous hurt by dangerous weapons, Section 55B and Section 6(1)(c) of the Immigration Act 1959 for employing a person without a valid pass and staying in the country without a valid travel document.