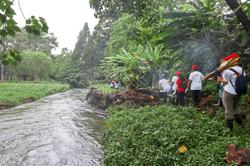 PETALING JAYA: The idiom “charity begins at home” rings true with a community environmentalist who does not have to go far to answer a vocation to protect and conserve rivers. 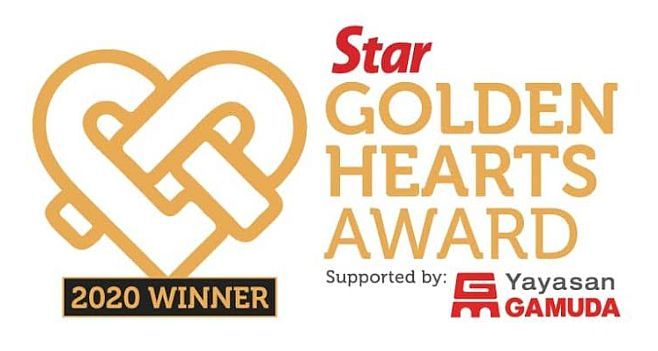 Entrepreneur Kennedy John Michael simply heads to the site where the Klang river flows in Taman Melawati to begin his cleaning and conservation mission.

“I have been staying in Taman Melawati since 1978.

“An acquaintance who is on the River Of Life Public Outreach Programme committee told me that I should do something in my own backyard, ” he said.

Michael is passionate about the environment and has participated in many conservation projects outside his neighbourhood since 1997.

In 2018, he decided to take his acquaintance’s advice and found a mentor in former Gombak district engineer Mansor Abd Ghani, who shared the same passion.

The two men were as different as chalk and cheese in their approach when it came to persuading local residents to care for the river in Taman Melawati.

But they did not let their mismatched personalities get in the way of the bigger goal.

“Our ideas are poles apart. While he believes in the soft approach and is all heart, I prefer using the stick.

“During a casual conversation, Mansor described our partnership as ‘speak softly but carry a big stick’, ” Michael related with a laugh.

He admitted that his no-nonsense approach has earned him the name “Big Stick” among volunteers. The ‘Big Stick’ at work: Michael (left) and a young volunteer working to clean up part of the Klang river that flows through Taman Melawati, Selangor.

With Mansor as the patient teacher, Michael assume the role of disciplinary master.

From their alliance, the River Three Association was born.

It did not take too long before Taman Melawati residents had a tranquil spot of nature they could call their own.

Michael said their success was partly due to the GREduAction (Gotong-Royong Education by Action) programme he devised to teach volunteers useful skills they could apply in other areas to bring about desired results.

He described the GREduAction programme as gotong-royong with action, in which volunteers not only learned to use tools properly in the two hours spent cleaning the river site every Saturday but also picked up new knowledge on the need for river conservation.

To make conservation more relevant to volunteers, Michael uses examples that can be tied to their fields of study so that they could better understand the importance of a clean river system.

“What we want is for volunteers to have total ownership of their tasks, which gives them a sense of satisfaction and pride in their achievements, ” he said.

Since the GREduAction programme began in July, the Sungai Klang site in Taman Melawati has been transformed from an unsightly, dirty place into a beautiful spot with proper trails where visitors can appreciate nature at their leisure.

Michael said he was delighted that their efforts have born fruit and expressed hope that more people would join in to help preserve Mother Nature.

“It is a win for all of us, especially our volunteers. To attain success in any endeavour, there must be combined efforts from the community at large, ” he said.

For his efforts, Michael is recognised as one of the 10 winners of Star Golden Hearts Award 2020, an annual award that celebrates everyday Malaysian unsung heroes. 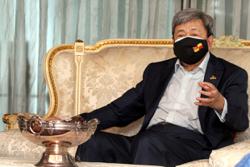 Stage bus services to be implemented in phases in Sabah
Najib may seek another change of defence lawyers in SRC appeal
Censorship of LGBT elements in movies, social media to continue, says Zahidi
Both Malaysia and China vying to have fugitive Tedy Teow brought in for questioning
Foreigner arrested in Sentul, fake guns worth over RM300,000 seized
Audit report: Public facilities in Perlis rural areas not meeting targets
PM: Cabinet wants LCS probe speeded up, any wrongdoers prosecuted
LCS 1 launched in 2017 was actual vessel, not a dummy, says former Navy chief
Woman detained over damage to neighbour’s car after parking spat
Sabah govt to help house buyers over troubled project in Tawau