PETALING JAYA: It is important that politicians take on board human rights issues as part of their politics, but they should not twist these issues to suit their agenda, says Human Rights Commission of Malaysia (Suhakam) commissioner Datuk Mah Weng Kwa.

Human rights should be a discourse to strive for a just, respected, equitable and sustainable society where no one is left out of the equation, he added.

“We abide by certain standards and as long as politicians keep to those standards, they can talk about it and give their interpretation.

“But do not give such a spin and twist that it becomes contrary to recognised and acceptable principles, ” he said during a livestreamed public release of Suhakam’s 2019 annual report yesterday.

It stated that Suhakam would investigate 783 complaints of the 1,154 it received last year, with the other 371 beyond its jurisdiction.

The complaints received touched on the right to nationality, degrading treatment, equality, arbitrary arrest or detention, and right to native customary land issues.

A total of 294 cases in Sabah and 30 in Sarawak out of the 783 complaints were related to the right to nationality.

Suhakam commissioner Jerald Joseph said Sabah received more complaints, as this was an unresolved issue for generations there.

“Suhakam has become their last resort with hope that some resolution can be reached. This shows the desperation and urgency that something must be done, ” he said. 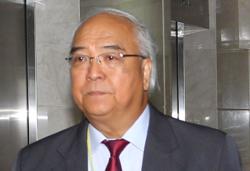