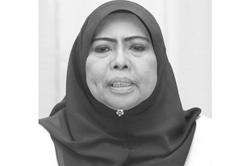 KOTA KINABALU: The Sabah state assembly has officially informed the Election Commission (EC) of the vacancy of the Bugaya state seat following the death of incumbent Manis Muka Mohd Darah on Nov 17.

“I believe that the EC should have received it by now, ” he said when contacted.

The 65-year-old Manis Muka herself could not be sworn in as an assemblyman after the election as she was hospitalised due to her diabetes and kidney problems.

Under the law, a by-election must be held within 60 days after the EC receives the notice of vacancy.

Bugaya is one of the three state constituencies under the Semporna parliamentary constituency, which is the stronghold of Shafie, who is the Semporna MP and Senallang assemblyman.

A question among political observers is whether the Bugaya by-election would be held within the 60 day period following the postponement of the Dec 5 Batu Sapi parliamentary by-election.

Nominations for the Batu Sapi by-election was scheduled for Monday, but it has since been put on hold after a state of emergency was declared in the area that comes under the Sandakan municipality in the east coast of Sabah.

Sabah is the epicentre of the nation’s third wave of the Covid-19 pandemic with some 23,000 cumulative cases reported and over 200 deaths.

The Bugaya constituency is also a Covid-19 red zone since Sabah saw a spike in early October following the state elections.

Lawyers have said that the EC is constitutionally bound to set the dates for the by-election but if an emergency is ordered in the area, it could be deferred to a later date.

Manis Muka was buried at the Kg Bugaya Muslim cemetery in Semporna on Nov 18.

Bugaya's Manis Muka was determined to be sworn in, says daughter 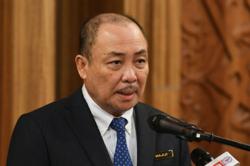