KOTA KINABALU: Former state assistant minister Datuk Ramlee Marahaban, who was detained as a suspected militant in April last year, has won a defamation case against two soldiers who arrested him.

The Tawau Sessions Court awarded Ramlee damages after both the defendants - Sargeant Salleh Zakaria and Major Nizam Sazali – did not file the memorandum of appearance and statement of defence.

In his ruling, judge Awang Kerisnada Awang Mahmud said: “It is very strange that basic steps of filing a memorandum of appearance, and filing and serving a statement of defence was not done by the learned Senior Federal Counsel representing the defendants.

“No affidavits can take place of the pleadings, and in absence of essential pleadings of the defence.

“I have no choice but to grant the plaintiff (Ramlee) costs, ” he said in ordering the defendants to pay cost of RM5,000 to the plaintiff in the decision made via email on Friday (Nov 20).

The court will decide on the quantum of damages on Dec 8 during hearing via Zoom.

Among others, Ramlee had sought damages for assault and battery, negligence, unlawful breach of rights and exemplary damages.

Ramlee, a former Bugaya assemblyman, was arrested by the soldiers patrolling the Sabah’s sea borders in Semporna on suspicion of being a member of a cross border militant group on April 11,2019.

Ramlee had said that he was visiting his land on the border island of Pulau Mataking and had informed authorities of his trip with several other family members. 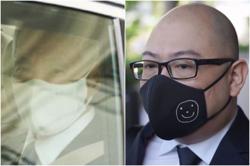