KUALA TERENGGANU: Each time the monsoon season arrives, residents in Terengganu will usually look forward to the sudden surge in cockles on the beach.

And this time around, the much-awaited phenomenon has attracted a crowd at Pantai Pandak near Chendering.

A check by Bernama at the beach saw visitors harvesting the marine bivalve mollusc, using kitchen tools such as containers, strainers and fan covers.

Security guard Mohd Rahman Mat Shafee said he managed to gather as much as 50kg of cockles after four hours of digging.

That was the biggest catch he ever had so far, said Rahman, 35.

“I would usually give them to my family members and neighbours to cook.

“I just do this for fun, but if people come by here to buy, I sell them at RM10 per kg.

“This surge in cockles is now common in Terengganu but where it will occur is uncertain... previously the attraction was at Pantai Rusila, Marang and Pantai Seberang Takir.

“If there is going to be a big harvest, I would go there, ” Rahman said.

“The tiny piece of flesh is so delicious as it is fresh, unlike those sold at the market, ” he said.

The cockles began to appear at Pantai Pandak over the past three days and visitors arrived as early as 8am to collect the shellfish, staying on till late evening depending on the weather.

For retiree Alias ​​Aki, 65, this is his first time out at the beach to dig for cockles during the monsoon.

He said he had heard so much about it before he decided to join in the fun.

“This is amazing. Each time I dip this fan cover into the sand, there will be some cockles scooped out, ” he said while distancing himself from the crowd to comply with the SOP under the conditional movement control order.

Terengganu police chief Datuk Roslee Chik, when contacted, said the cockle gathering activity was allowed but the public must adhere to the SOP.

“The police and other agencies such as the Fire and Rescue Department and Rela will continue to monitor the situation, ” he said. — Bernama 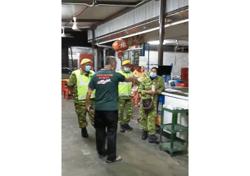 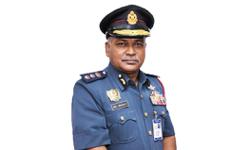