MELAKA: A 60-year-old man died after being trapped in a pool of mud at Klebang here.

The Melaka Fire and Rescue Department said it received a distress call at about 7.45pm on Friday (Nov 20) that a man was found unconscious while covered in mud at Kampung Batang Tiga, Klebang.

It was not immediately known how long the man was trapped before he was found by a villager.

The man was said to be suffering from a bout of illness and believed to have fallen into the knee-deep pool when tending to his padi field.

He was unable to get out due to his health condition.

A Fire and Rescue Department spokesman discounted the possibility of the wet weather had caused the pool to be flooded, causing the man to drown.

"Hence, the river may burst its bank and cause massive flooding.

"We are monitoring the situation," he added. 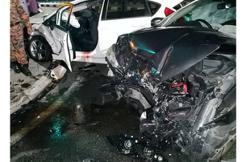