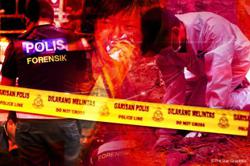 KOTA KINABALU: A man was found hanging from a piece of cloth strung up to a water pipe along the Sembulan river just outside the city police headquarters here.

The unidentified male in his 20s was spotted when a policeman checked the perimeter fence of the police headquarters around 9am.

"We were trying to identify the victim and ascertain the reason for his action, ” he added.

The body has been sent to the Queen Elizabeth Hospital for a post-mortem.

He said police do not suspect foul play and have classified the case as a sudden death.

Those suffering from problems or contemplating suicide can contact the Befrienders service nearest them. For a list of numbers and operating hours, go to befrienders.org.my/centre-in-malaysia. 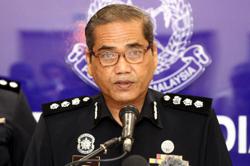