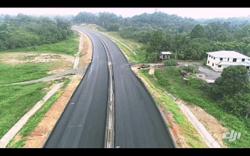 KOTA KINABALU: A road from Serusop to Pituru is the missing link for motorists from Kota Kinabalu who want to cut travel time to the Tip of Borneo, a popular tourist spot at Simpang Mengayau in Kudat.

It is a 21km highway from Serusop in Tuaran to Pituru in Kota Belud which will bypass the heavily used existing road connecting the two adjacent districts in Sabah.

State Community Development and People’s Wellbeing Minister Shahelmey Yahya said the stretch, which is part of the Pan Borneo Highway, would be an impetus for economic and tourism growth.

Shahelmey said the new Serusop-Pituru highway would boost tourism, especially along the coastal area along the South China Sea.

“While it is a new route, there are villages around there, so we expect better accessibility for the kampung people and provide economic spillover, especially from the tourism sector to locals, ” said the Tanjung Keramat assemblyman, adding that it would also be a scenic route.

“Whenever there is good access, you will definitely bring in development, ” said Shahelmey, who added that the Sabah government welcomed the continuation of the Pan Borneo Highway project.

The other road project is the construction of the Cameron Highlands bypass, with emphasis on preserving the environment.

Cameron Highlands MP Ramli Mohd Nor said the bypass was a good thing.

“It will reduce traffic jams and ease tourist movements as they would not have to be worried about being stuck in a traffic jam (on the existing roads at the tourist spots), ” he said.

He said it would reduce the traffic congestion in towns such as Kampung Raja, Kuala Terla, Brinchang, Tanah Rata and Ringlet.

Ramli said good road infrastructure would boost economic development in his constituency, with main commercial activities being vegetable and flower farming and tourism.

He said the bypass would also create another access for motorists wanting to travel from the east coast to the west coast of Peninsular Malaysia.

“It will cut through the Main Range and reduce travelling time, ” he said, adding that new economic activities could flourish along the route. 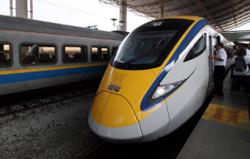