GEORGE TOWN: Incentives under Budget 2021 for the tourism industry are welcomed with stakeholders saying that allowing targeted travel will boost domestic tourism.

He said while the RM600 wage subsidy to hotels for their employees’ salaries would help, its impact was diluted because of travel restrictions.

Perhaps, he said, the government could increase the wage subsidy to hotels and allow tourism activities in the yellow and green zones with tighter standard operating procedures (SOP).

Raj Kumar said while he agreed with the government’s effort to control the pandemic, it must consider letting the economy run.

He said the government should consider giving more discounts on utilities such as electricity as these were among the highest costs incurred by the industry’s players.

He said the focus now for the government was to ensure the tourism industry survives the next few years.

“To encourage local industries, the government can give a maximum of RM10,000 tax rebate to every Malaysian who spends money on domestic tourism, ” he said.

He also suggested that the government encourage educational tourism or school excursions for students in every secondary school in Malaysia, as was done in Japan and Singapore.

He said the Tourism, Arts and Culture Ministry could supervise this to ensure that there was no abuse in the programme.

Penang Tourist Guide Association president P.C. Chin said the budget looked good overall although she noted that “without tourists coming in, we have no income”.

She suggested that tourist guide licensing fees be waived for the next two years, or at least until the situation returns to normal. 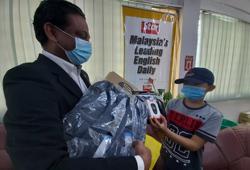