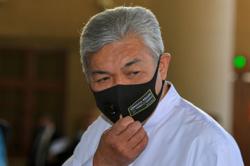 “Baharom was a hardworking journalist who produced many good articles.

“He had proven himself and constantly moved up the ladder. I have known him since his days in Utusan Malaysia and our friendship goes back almost 30 years.

“I was saddened to hear the news of his passing early this morning. I just met him on Oct 31, when we and several other veterans joined (former Youth and Sports Minister) Syed Saddiq Syed Abdul Rahman on a programme of The Star.

“Baharom did not look well then but still raised many questions on youths and their struggle, ” Azman said.

Baharom, 54, died at the Universiti Malaya Medical Centre (UMMC) Tuesday morning after suffering various complications due to bacterial infection of the blood.

“He was always ready to offer solid views on any aspect of the development of journalism and the media industry in Malaysia, ” said Mokhtar, a friend of Baharom for 15 years.

He said he last met Baharom about two months ago to discuss collaboration in the media fraternity to enhance content.

Star Media Group Berhad group adviser Datuk Seri Wong Chun Wai was also saddened by the death of Baharom, whom he described as a professional with integrity.

Wong said he last met Baharom on Oct 31, and they always texted each other to discuss views on politics and media.

"He was a senior journalist, so his comments and writings were of quality. Some journalists stop writing and giving comments after being promoted.

"Many editors became desk-bound journalists but Baharom continued writing and sharing his views, ” he said, adding that they had covered many assignments together.

Expressing his sadness over the passing of Baharom, he said they had covered many types of assignments together.

Zaini said he was in London to further his studies when Baharom was the Utusan Malaysia correspondent there between 1994 and 1997. – Bernama 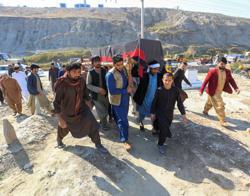 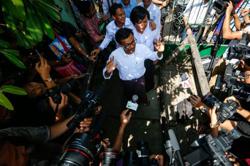