Game on: Customers sitting safely apart while watching football at a restaurant in Petaling Jaya in this file picture.

“Football is the most watched sporting event on television. Six to eight million Malaysians, which is almost one-third the population, tune in when games are aired.

“These numbers do not include those who watch post-matches or livestreams, ” he said in reply to a question raised by Nik Mohamad Abduh Nik Abdul Aziz (PAS-Bachok) during the Dewan Rakyat sitting yesterday.

Reezal Merican said this was one reason why the local football league was privatised through the Football Association of Malaysia (FAM) and Malaysia Football League in 2015.

He added that privatisation had led to the separation in the administration of sports from respective football associations to the football clubs aimed at increasing competitiveness and professionalism.

He said this was necessary to allow football clubs to take part in the nation’s Super League and Premier League next year, which would in turn allow the clubs to compete in the Asian Football Confederation championships if they qualified. 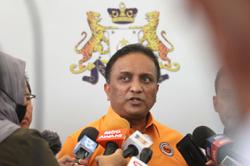